LASEK eye surgery is a variation of PRK to correct myopia (nearsightedness), hyperopia(farsightedness) and astigmatism. LASEK combines certain methods from both LASIK and PRK.

LASIK remains the most popular laser eye surgery, but for people who are not suitable LASIK candidates, PRK or LASEK may be better options and produce comparable outcomes to LASIK.

Like other types of laser refractive surgery, LASEK works by reshaping the cornea using an excimer laser, allowing light entering the eye to be properly focused onto the retina for clearer vision without eyeglasses or contact lenses. 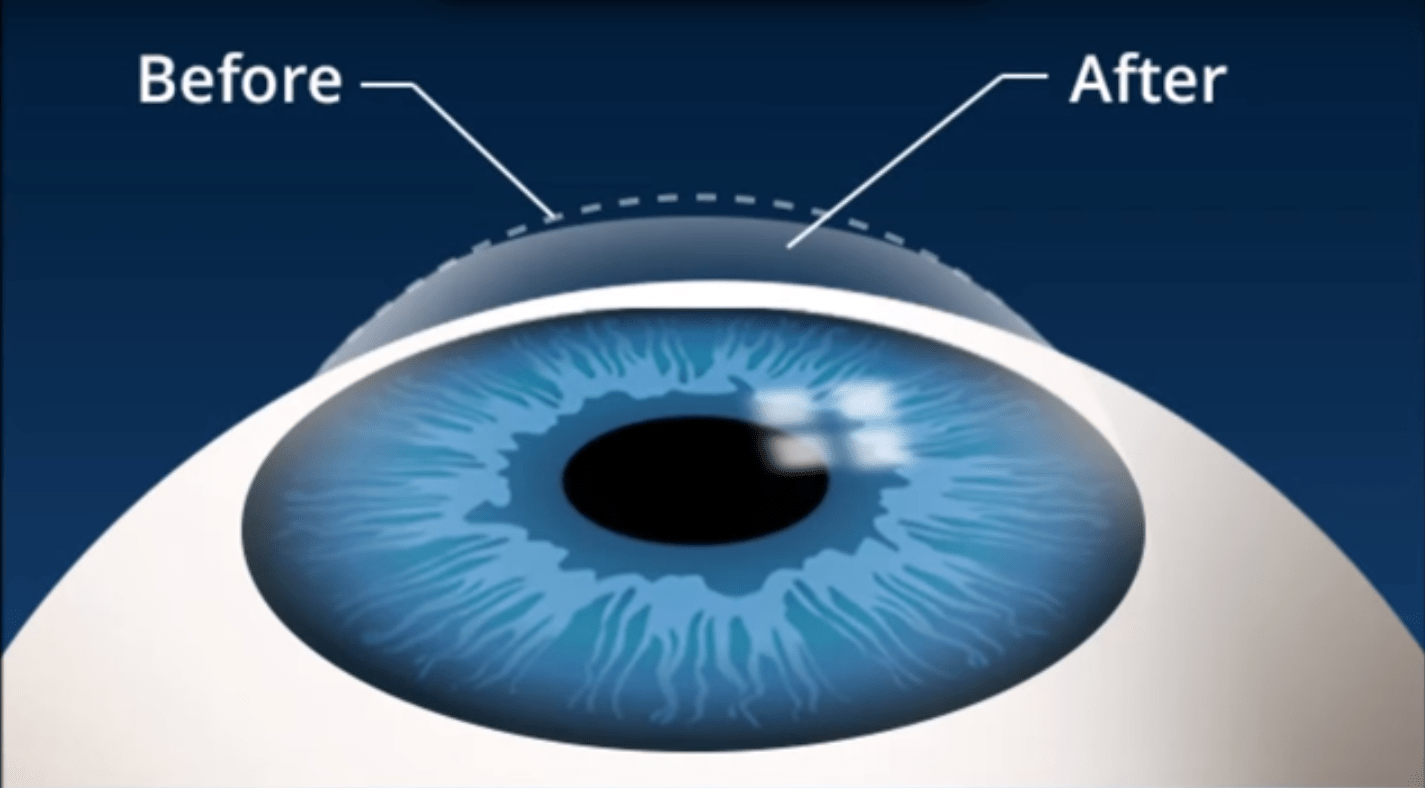 The fundamental difference in how LASIK, PRK and LASEK concerns how the eye is prepared for the laser treatment:

The hinged flap made in LASEK surgery is created in the epithelial layer of the eye and is much thinner than the corneal flap created in LASIK (which contains both epithelial and deeper stromal tissues).

This is of particular importance if you have a naturally thin cornea that makes you a less-than-ideal LASIK candidate.

The LASEK technique avoids any corneal flap-related LASIK complications and lessens the likelihood of removing too much cornea with the excimer laser and compromising the structural integrity of the eye. By avoiding a deeper flap, there also is slightly less risk of developing dry eyes after LASEK eye surgery.

LASEK also may be a better option if you have a high degree of myopia (which requires more tissue removal from the central cornea to correct the refractive error), or if your occupation or hobbies put you at high risk of an eye injury and dislodging the corneal flap created in LASIK surgery.

It’s important to note, however, that LASEK typically involves more discomfort and a longer recovery time compared with LASIK surgery.

LASEK is very similar to PRK. Both involve lifting the extremely thin epithelium to access the deeper corneal tissues, instead of creating a thicker corneal flap as in LASIK surgery.

As such, PRK remains the most popular of the “surface ablation” techniques (PRK, LASEK and epi-LASIK).

LASEK Eye Surgery: What To Expect

Before. Your eye surgeon will perform a thorough eye exam and general health check to see if you are a suitable candidate for LASEK eye surgery. Many eye surgeons will recommend LASEK only if you are not suited to LASIK eye surgery.

If you wear contact lenses, your doctor typically will instruct you to stop wearing them for a period of time before taking measurements for laser eye surgery as contacts can change the natural shape of your cornea.

As you won’t be able to drive yourself home from the surgery, you’ll need to arrange for someone to drive you. You’ll also need to organize time off work — around a week in typical cases — as your eyes heal and your vision begins to improve.

During. Numbing anaesthetic drops are first applied to your eye. Then your surgeon makes a circular cut in the corneal epithelium using a fine blade (trephine). The trephine leaves a small arc-shaped area of the circle uncut, so the epithelial “flap” that’s created remains attached to the eye. A diluted alcohol solution is placed over the eye for approximately 30 seconds, which loosens the edges of the epithelium and enables the surgeon to gently push the loosened flap of the epithelium to the side.

The excimer laser is then positioned over the eye to reshape the corneal stroma and correct your vision, check out actionac.net. After the laser treatment is completed, the epithelial flap is repositioned on the eye.

A special contact lens that acts as a protective bandage is then placed over your eye.

After. You can return home after a brief period of rest following LASEK surgery. Let the professionals at https://maideasyaz.com clean your home so that you can focus on your recovery. Most people report mild to moderate discomfort in the first few days after LASEK.

You will need to keep the “bandage” contact lens on your eye for approximately four days while the surface epithelial cells heal and regenerate. Your doctor also will prescribe topical steroids and antibiotics for at least three weeks to aid healing and minimize the risk of infection.

Whether working from home, self-isolation, quarantine or online shopping one thing is common
– more people are using computers (laptops), tablets, smartphone which equates to a
tremendous increase in screen time. As a result of this increased exposure light-emitting devices
there is a corresponding increase in Dry Eye Disease symptoms. Complaints of ocular fatigue,
irritation, gritty, gravelly sensations and fluctuating, blurry vision have increased several folds
since the outbreak of COVID 19 on the island and the stay at home orders.

More individuals have become much more aware of the correlation between increased screen
time and the comfort of their eyes or visual performance. However, the answer to this problem
is not as apparent to those suffering with these symptoms.

There is good news!!!

Your Eye Doctor can prescribe therapeutic eye medication and practices to alleviate your symptoms.
The first step is to contact your trusted Optometrist or Ophthalmologist and relate
your symptoms. You will be on your way to relief.

Do not hesitate. Get help today!!!